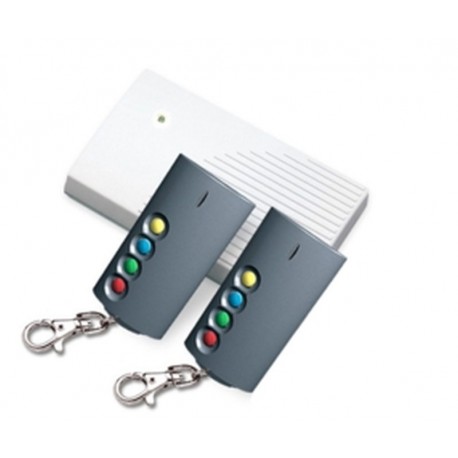 RK-4K is a four-channel radio remote controller for SATEL's 433 MHz keyfobs. The device makes it possible to remotely control the equipment connected to its relay outputs, including entrance gate, garage door, lighting, as well as alarm control panel.

The device is provided with a tamper switch that responds to opening the enclosure, and also offers the functions of keyfob low battery indication, as well as alarm stopping and clearing.

RE-4K is available as part of a set including two four-channel keyfobs. The controller can handle up to 340 such keyfobs.

4 other products in the same category: